Here we are again, sore legs from the ol’ mid race cramps and long hours on a bus, sitting behind a computer screen, figuring out where to start.  So it’s 2017, and the first few PRT races have come and gone; it seems like just yesterday I was headed to Redlands with a bum leg and a different team…But nope, that was 2016. 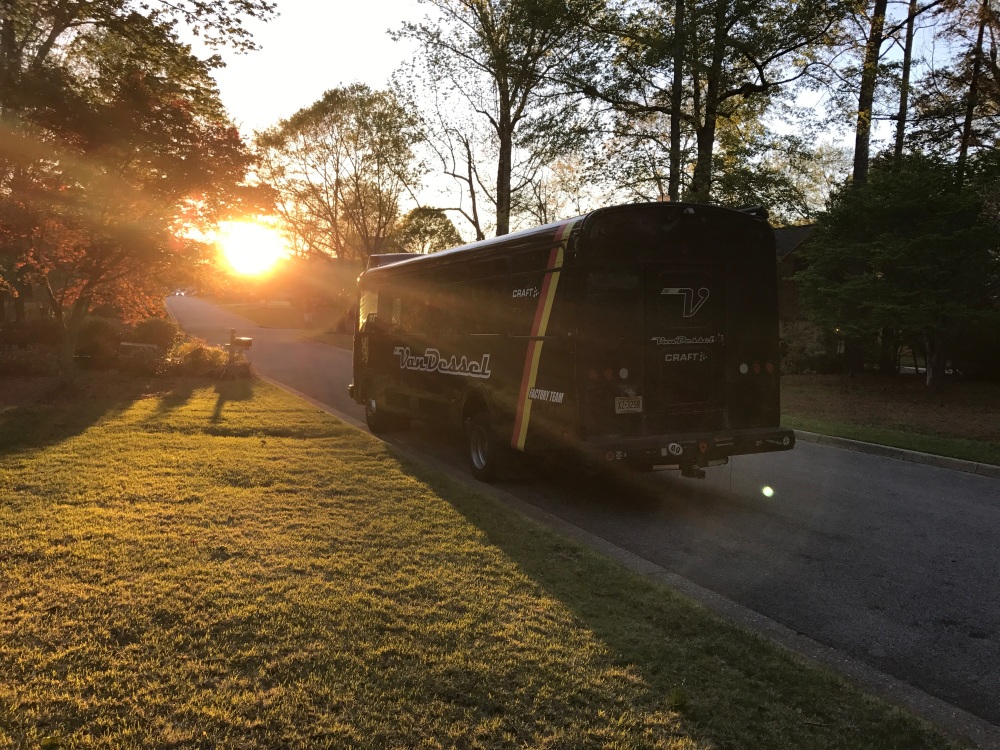 So I guess I should probably hit on 2016 a bit. I started my first Asian tour race in China with the Astellas boys in November.  When we landed in Fuzhou (pronounced FOO-JOE), we met our wonderful translator Rachel (Rachel is her chosen name, because she likes the show Friends), who took us to our bus.  Of course the boys hadn’t seen each other since the end of the season, so we were being classically loud and obnoxious, while swapping stories of home life.  We made one of the Australian team mechanics have a mental breakdown on the bus because he hadn’t slept and Eamon’s laugh, well…you gotta hear it.

Apparently in China, buses can’t be on the highway past 2am. So we had to ride a backroad. Which sadly was destroyed from a tsunami, which was nothing but dirt, bumps and cliffs.  That takes top of the charts on scariest drives I’ve ever been on. The hotel we stayed in was super nice, but the one thing I never could really take to was how hard the beds were. Clay Murfet and I had to share a king sized bed, and we didn’t know if we were sleeping on the box spring or the mattress.

As for the racing, well, I was burnt out from cross season and hadn’t trained in a month, so DNF’ing was imminent.  The boys ended up leaving with a stage win and a 3rd place! Amazing results at such a high level race.  The sad part was that, when you go uphill, things get a bit unreal.

You always hear the saying in pro bike racing, that you know when things aren’t right.  Which is sad, because overall the racing was respectful, and the support world class. But doping still plays such a huge role in the sport in certain places and races. Pishgaman from Iran, literally could control every single chess piece in the race. They could ride the front for days, and go uphill like they had bikes made of helium.  They make the money,  go home, then months later, you get the news that the whole team will be suspended for multiple violations.

This isn’t really news to anyone, and the point of writing this isn’t to highlight that, but rather to touch on the overall experience of what it was like to race in China.  Noodles and rice. Noodles and rice. Noodles and rice. And McDonalds at the airport. I did that too, but don’t tell anyone. There was so many different kinds of food that we could have eaten during our stay in Fuzhou, but I played it safe and stuck to the identifiable objects. Regardless, the culture was incredible, and the translators were incredibly smart and kind. (Except for the time that the hotel staff took away coffee the one morning- with a big sign that said, NO RACERS CAN DRINK COFFEE IN COMPETITION. You should have seen the riot! We laid on the floor  making wild animal noises and refused to move until the hotel staff brought that espresso machine back.)

I feel like the whole after party needs to be touched on a bit too. Following the race, the hotel staff threw an insane Karaoke party, where Eamon Lucas and I nailed some cliche Journey- Don’t Stop Believing. After, the staff handed us a massive bottle of champagne to pop (inside), which was quickly cleaned up, and we taught the staff/foreign riders about this game you play that involves red solo cups and ping pong balls, then sent it to bed for a 4am wake up. 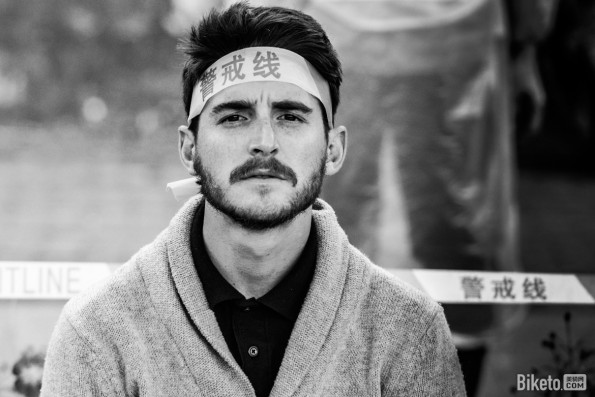 We woke up, got in a massive battle with some foreign team over who occupied the first bus to make it to the airport on time. Eamon and I stayed hidden on the bus because if we got off we would miss our flights, while the rest of our teammates had to get off and get on another one.

Once I came home from China, it was time to rest some more, then get ready for the 2017 season with a new Continental professional team- CCB Velotooler. 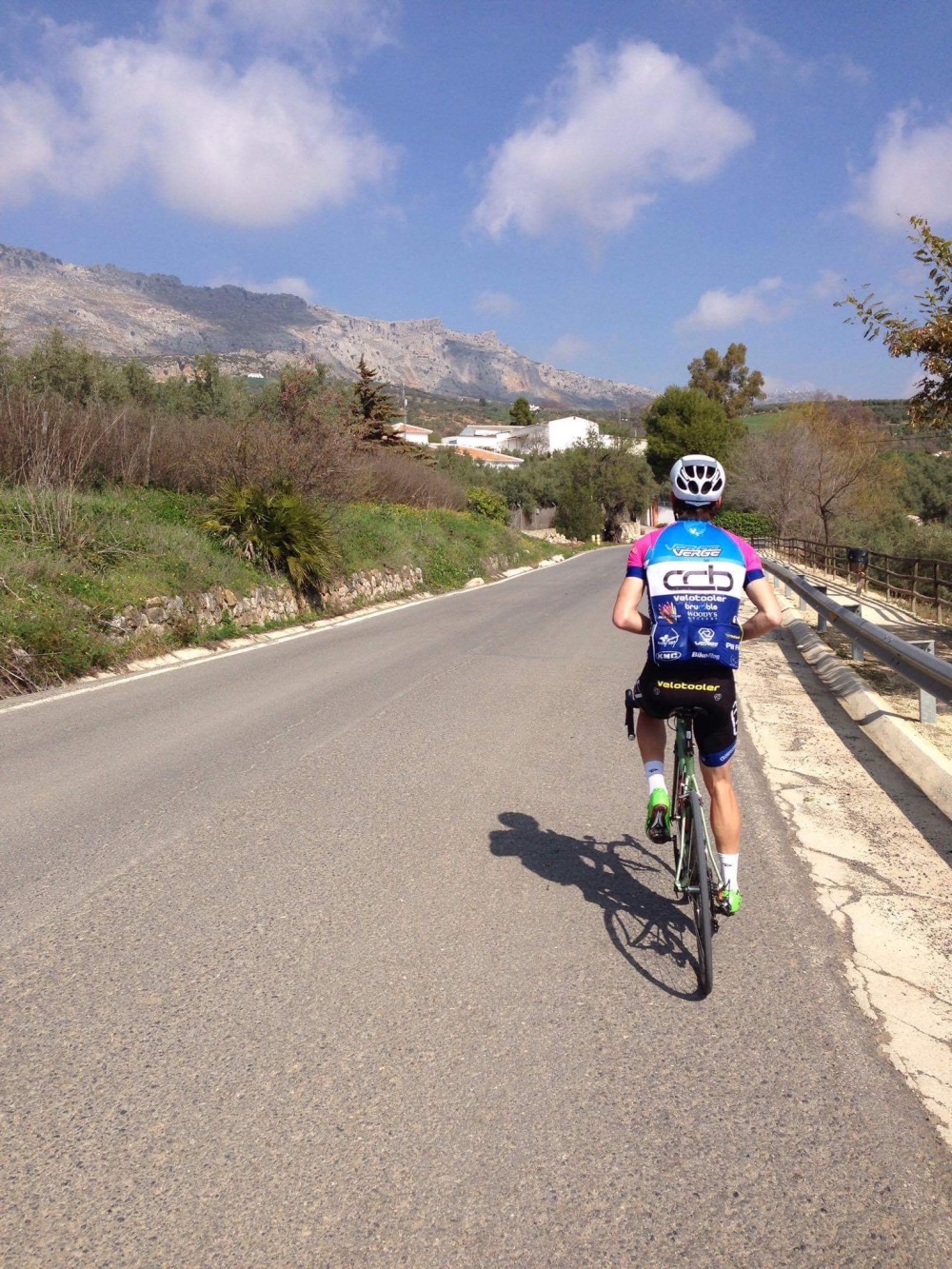 This year’s winter training was brought to you by Malaga, Spain. Talk about an incredible experience. The culture alone is breathtaking, let alone cerveza is cheaper than Agua! The switchback climbs, beautiful views, goats, tapas, paella, beaches, and mountains, had me totally understand why Spain is the training ground of choice for most professional cyclists. I got to hang out with some incredible people, two of them my new teammates Sam Rosenholtz and Antti Sizko, the newly minted CX national champion Stephen Hyde, and the world famous Ian Gielar aka #1an. 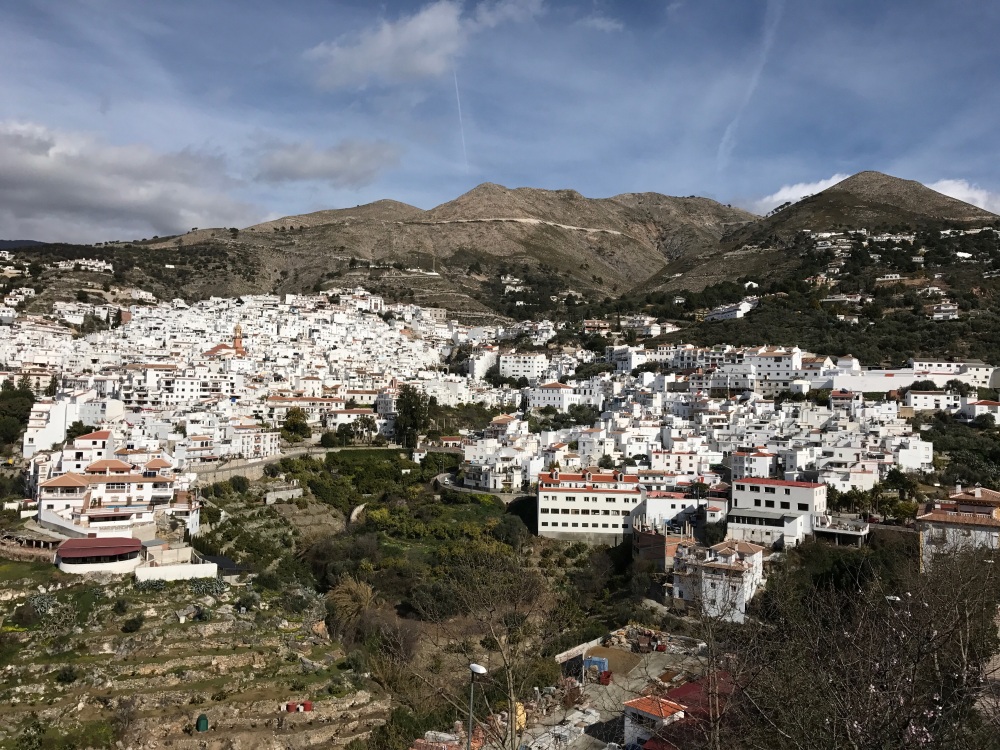 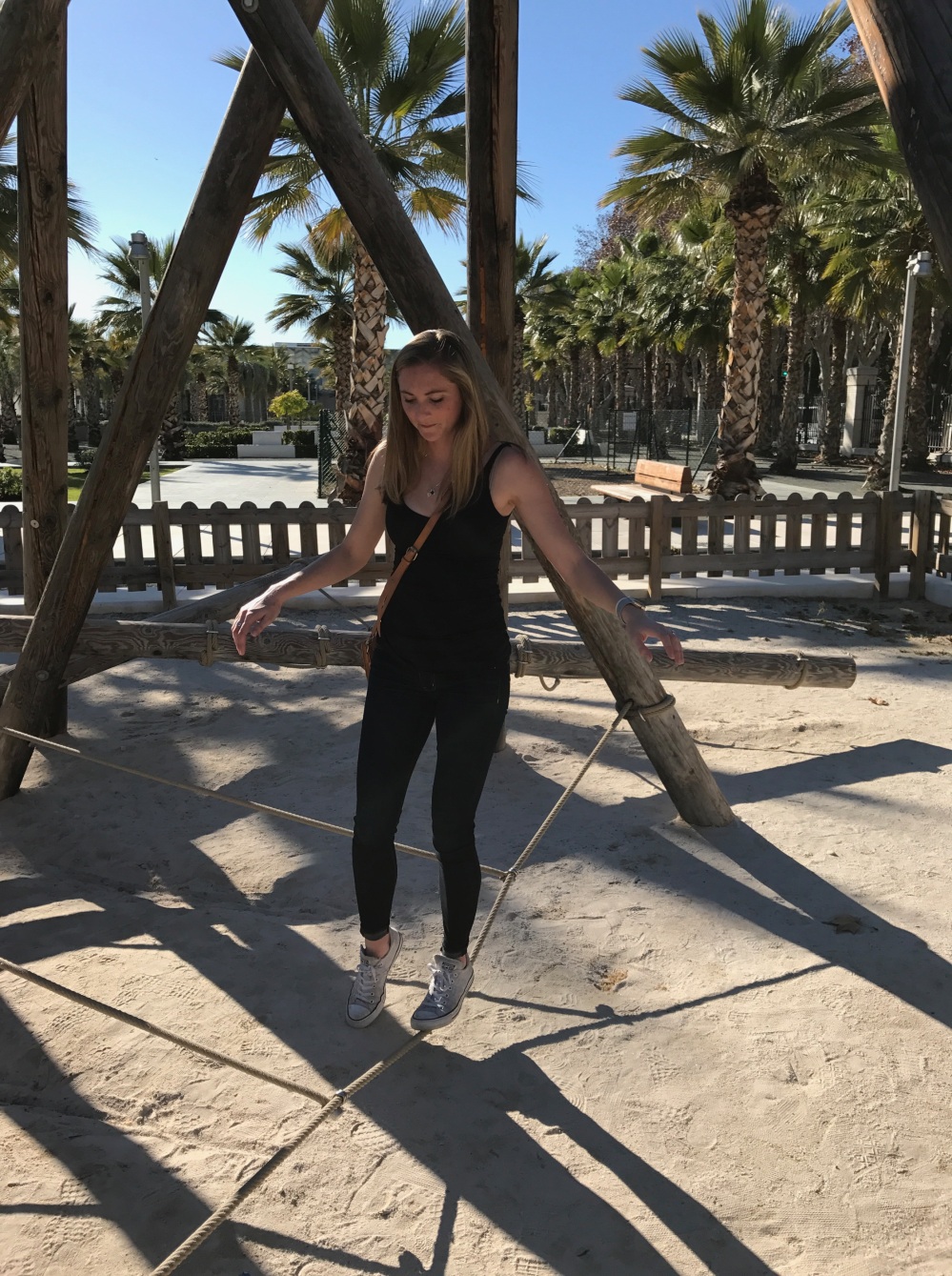 Training in Spain, you could climb 20-30 minute climbs with ease, in a moderate 60-70 degrees, but when you’d reach the top, things could get a bit chilly, so you had to pack extra clothes at all times.  Regardless, the people were extremely friendly and the culture beautiful and you could go to the grocery store, shop for the week, and spend 15 euros. 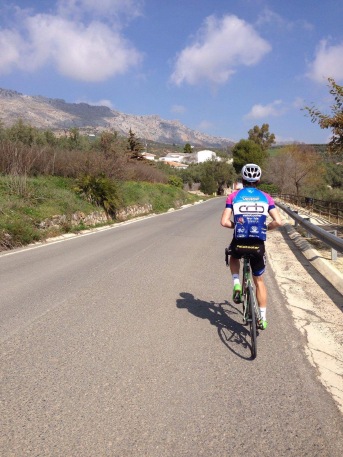 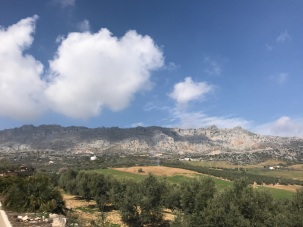 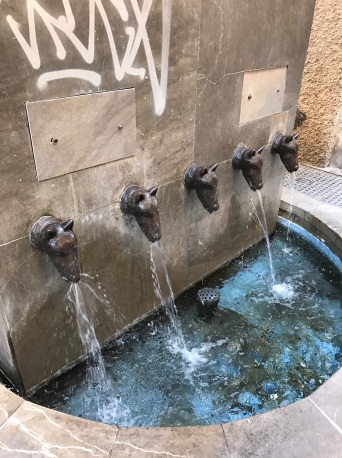 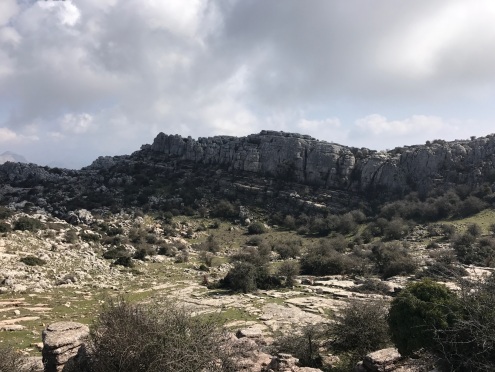 Once the trip from Spain ended, Jamie (my fiancee) and I ran two coaching camps, to help some of my athletes get ready for their road/mountain bike seasons.  Both camps were to be held in the Poconos, but inclement weather had us running one camp from home.  Regardless, it was a fantastic experience with all of my athletes, and I’m enjoying every second of  growing my coaching business this year.

This sort of catches me up to the start of the 2017 season.  This year with CCB Velotooler has been such a fun and fantastic start already.  The concept behind the team is collegiate aged athletes, pursuing professional sports while receiving secondary education. Such an awesome concept! I was so lucky to be brought on as a team captain/ mentor to this team, a great fit as my path to professional cycling has been through collegiate athletics (track and field, XC).  On top of that, Van Dessel came on as our bike sponsor this year, so I’ve felt right at home from the beginning.

My season pretty much started by heading down to Jefferson Cup-in MABRA land, which is a pretty big Regional race that gives full rolling enclosure for 80 miles! It was great to head back to the place that pretty much started my cycling career and see some old friends. If there is one thing that I have learned, it’s that when you show up in a pro jersey, local racing can be the hardest days you spend on the bike. Sometimes you feel like the world is against you. (play Creed song in a dark room)

But luckily, I had a teammate (Tim Mitchell), and we played the race perfectly. On the final climb, he hit it as hard as he could, and I attacked over the top.  I was solo with about 15 seconds and 7 miles to go.  With a lot of mental coaching, deep breaths, stem chewing, and singing the legs on this bike go round and round- I made it to the line with 4-5 seconds to spare for the solo victory.

After Jefferson Cup, it was time to get ready for the start of our PRT (Pro Road Tour) season with Sunny King Criterium, and Fort Mcllelan road race.  We hopped in the Van Dessel bus and sent it to Alabama.

This was my first time doing the sunny king criterium. It was such a well run production, but the same can’t be said for the athletes in the race.  I swear to you, some guys were shooting gaps a piece of paper couldn’t fit through.  150 starters, and everyone acted like each turn was the final turn heading into the Manyunk Wall in Philly. 4 times I watched guys bash straight into each other or a fence, as I went SLIDEways to avoid them.

Fort Mcllelan road race was the next day, and my main target- a 90 mile race with about 7k feet of climbing.  Last year the race finished on the climb, whereas this year they decided to put it at the start area. There was a good KOM competition, and a lot of opportunity because the race was so difficult course wise. Once neutral ended before the climb, riders started whacking it up the climb.

At the bottom of the climb, we hit the flat stretch of road, and only 30 riders of the 140 or so remained. This was the break for the day.  Each rider worked well together to bring up the gap. Heading into lap 2, I went from the bottom to whittle down the break and score some KOM points. I won full points, and brought us down to around 18-20 or so guys. 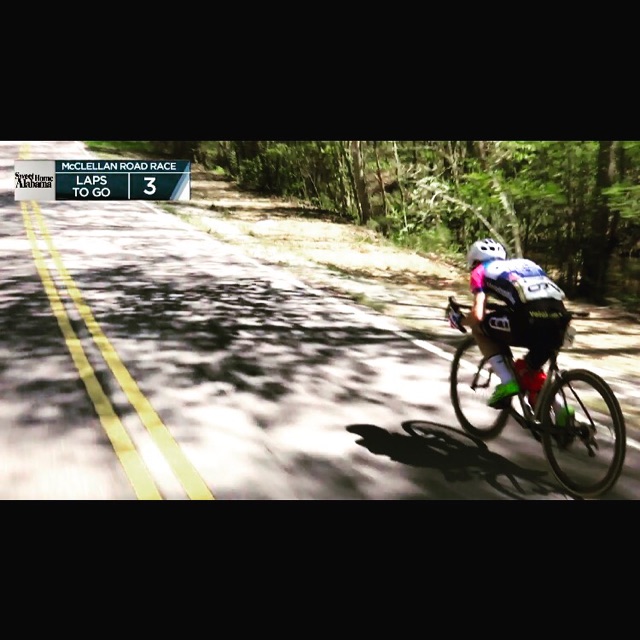 Lap 3, I tried to play a little more conservative on the climb; guys started hitting out when things got super steep, and I held on, barely making it over the top first for maximum points again. This put Jaramillo, Miller, and I in a group alone. We were eventually caught my a small group, then we ballooned into a group of 12-15 or so.

At this point I started to run out of water and was cramping pretty bad. Travis McCabe of UHC and Sram Neutral were awesome, and made sure I was surviving.  It’s amazing how much water you go through when you haven’t felt 80 degrees in over 9 months. On the final climb, guys started hitting it pretty hard again, and the cramps caught up to me. A group of 5 of us were sitting about 7th-12th on the road, and we were doing our best to keep it rolling to the finish.

A few miles from the line, we were caught by a few riders, and we raced to the line.  I finished top 15 with only 24 riders finishing, and 2nd overall in KOM. A solid start to the season, with my next major race being the tour of Ireland! This year, An Post will be the hilliest edition yet, so I really look forward to racing. Sorry for the long read!